View source
watch 02:56
Doctor Strange in The Multiverse o Madness - The Loop
Do you like this video?
Play Sound

Franklin Wendell "Frank" Welker is an American actor, stand-up comedian, and impressionist who provided the voice of several characters from DuckTales 1987.

Welker provided the voices of Big Time Beagle, Baggy Beagle, Bubba Duck, Poe, Farley Foghorn, Megabyte Beagle, Poupon, Walter Cronduck, Vacation Van Honk and various minor characters in the original DuckTales. Together with Chuck McCann and Terence McGovern, he was the third most frequent appearing actor in the series, appearing in 56 of its 100 episodes, and he also provided the voice of Animals in "DuckTales the Movie: Treasure of the Lost Lamp" and voiced Big Time, Baggy, Bubba and various minor characters in "DuckTales Remastered". 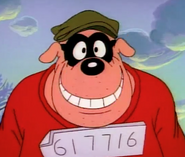 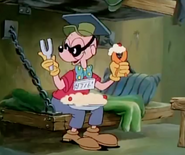 Caveducks of the Lost World
(1 episode) 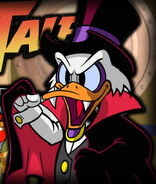 Welker has voiced many animated characters, including Fred Jones and Scooby-Doo in the "Scooby-Doo" franchise and Megatron and Soundwave in the "Transformers" franchise. In 2016 he was awarded an Emmy Award for his lifetime achievement.