Yuri Lowenthal is an actor who plays the roles of Mr. Drake, the DT-87 robot, and a Junior Woodchuck in the DuckTales reboot episode Day of the Only Child! He is married to actress Tara Platt, who voiced Mrs. Drake in the same episode.

Lowenthal is known for his voiceover roles in animation and anime, including Sasuka Uchicha in Naruto and Ben Tennyson in the Ben 10 franchise. More recently, he earned critical acclaim for his voiceover and motion capture performance as Spider-Man/Peter Parker in Insomniac Games' Spider-Man (co-starring with Laura Bailey). 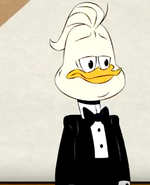 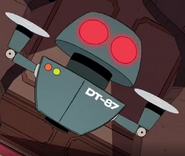 Retrieved from "https://ducktales.fandom.com/wiki/Yuri_Lowenthal?oldid=56996"
Community content is available under CC-BY-SA unless otherwise noted.